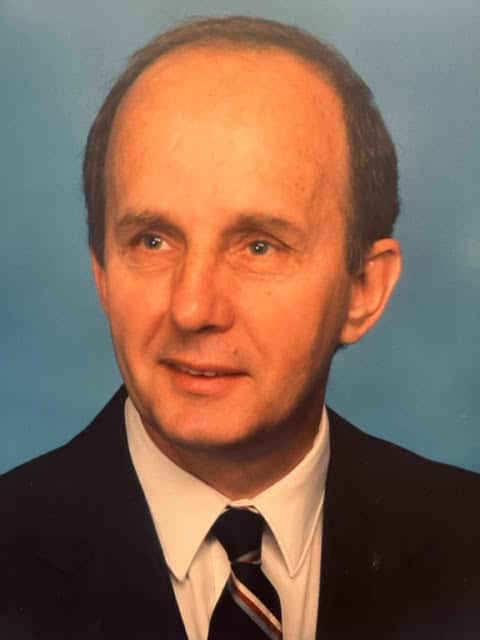 Bob was born in Linn, Missouri to Herbert Sr. and Hilda Otto on June 28th, 1940 and was one of seven children.

He attended St. George and Linn High School and later joined the United States Army. While he was in the service, he married his high school sweetheart, Sharryn Kay (Smith).

While Bob was beginning his career in the warehouse of steel sales, he and his wife welcomed four children. Bob eventually worked his way up to the inner office and later became the District Sales Manager for Edgecomb Metals where he retired after over 30 years with the company. Bob and Sharryn lived in St. Louis for a great many years before deciding to return home to Jefferson City.

Bob loved fishing, hunting, and spending time on the farm with family and friends. There wasn’t a day that went by when Bob wasn’t stirring up trouble and cracking jokes. When Bob wasn’t making friends with total strangers, he was sitting in his favorite spot on the couch reading the paper.

He was predeceased by his parents and his siblings Larry, Kathy, Ralph and Herbert Jr. along with his son in law, Jack. Bob leaves behind his wife Sharryn of nearly 62 years along with his children Debra (Greg), Lisa, Keith (Jodie), and Robbin (Kenneth). Bob’s surviving siblings include Karen and James (Claudia) along with his grandchildren, Amber (Trent), Rob (Alyssa), Justin, and Kyle (Kayla). Great grandchildren include Terry, Eleanor, Henry and Karter.  He also leaves behind a great number of nieces, nephews and cousins.

Bob was anything but ordinary. He was a best friend, a husband, a father, and our “Bop”.  And if you were really lucky, he would call you his, “buddy, partner and pal”.

Services for Robert Otto will be held on Saturday, November 5th from 11am-1pm at Resurrection Chapel in Jefferson City.