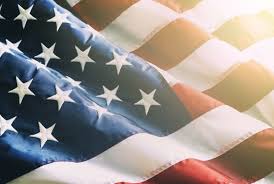 Robert James Doran, “Bob”, the ladies’ man, the comedian, the meticulous artisan of countless plastic scaled models and actual top secret aircraft, a coffee connoisseur, a self-effacing but accomplished military veteran, who was loved dearly by all who knew him,
departed this life on Sunday, November 28, 2021.

Bob was born December 6, 1947 in Madison, Wisconsin as the son of James and Clorinda Doran. A humble family that spent their early years in a cottage on the Waubesa Lake in South Central Wisconsin. His childhood was spent finding new and improved ways to survive a 3 bedroom household with 4 sisters, as the only son. A daunting task that undoubtedly molded him into such a patient, perseverant individual.

Eventually the family moved to Milwaukee, WI and during his summers in High School he worked as an engine mechanic at a local filling station where he became well versed in a mechanics tool box, and with it, their colorful vocabulary – A language he reserved only for his most frustrating of endeavors.

He later took up mechanical drafting at the same employer his father worked for, a tool and dye firm in Milwaukee, WI. His high personal standards and strong motivation to succeed enabled him to quickly build a notable reputation in his position. He always maintained that “If it wasn’t perfect, it wasn’t worth doing.”

His hobbies included; building scale models of cars and aircraft with the utmost attention to detail and perfection; collecting and listening to old records; driving and maintaining his 1958 Studebaker Golden Hawk, a car which he claimed: “was the greatest vehicle he ever had the privilege to drive.”

Bob graduated from Custer High School in Milwaukee, WI in May of 1966 and shortly thereafter voluntarily enlisted in the United States Air Force, despite an ongoing draft due to the Vietnam conflict. Military service was a family tradition and one he was proud to continue. It came as no surprise that his mechanical expertise and perfectionist mentality paved the way for a successful career as a talented machinist and eventually as a highly awarded aircraft mechanic and crew chief in the USAF. He survived a deployment to Vietnam as an F4 phantom crew chief, and another as an aircraft extraction team member, he worked on F-15 Eagles, F-16 Falcons, and the F-117 Stealth Fighter before anyone knew it existed. In 1987 he retired as an E-7 Master Sergeant, after 21 years of service to his country and pushing the very limits of perfection in all that he did.

Upon his retirement from the USAF he worked for Suburban Propane as a propane delivery technician and lived in Pahrump, NV from 1989-1994. In 1994, he moved to Missouri in hopes of starting anew. There he began his career for the Missouri Department of Corrections as a Corrections Officer I. He spent 10 years working for DOC. He worked at the Missouri State Penitentiary (MSP) or “The Walls”, the Tipton Correctional Center and the Algoa Correctional Center. During his career he was also selected for the E-Squad Special Reaction Team. While Corrections was not as mechanically inclined or intellectually challenging as his previous careers, it made for some of the most entertaining memories and colorful stories that he was known so well for telling.

At his core he was friendly, outgoing and full of comic relief regardless of the situation. He was a relentless flirt and a social butterfly when the moment called. It was always hilarious to see him explain to a nurse or doctor that he was also a Dr. In fact, a “Boobologist” that studied Boobology at “Boob University”. His humor was his most wonderful trait. He believed that the secret to happiness in a marriage and in life was to always find ways to laugh together. While he was very skilled at being social and finding humor in the little things, mostly he preferred his solitude. It was very common for him to spend many hours alone. His retirement was spent working on his latest scale model, reloading ammunition, hunting, target shooting, binge watching NCIS reruns, or ”piddling on his ‘pooter” which usually entailed playing seemingly endless games of spider solitaire on his PC– in the off chance that he might beat his previous record. (Just another small pursuit of perfection) When he wasn’t enjoying his solitude or spending quality time with his loving wife, he spent his time sharing his memories, lessons and wisdom with those whom he loved.

Despite his many accomplishments and successful careers, he never gloated on himself or expected recognition for what he did. He was always humble and modest in his recollections of his life adventures and many journeys. In the end, the journey he found
most meaningful was with his family. He found joy and purpose in being a loving husband to his wonderful wife, a beloved father to his children, and a proud grandfather. Nothing brought him more happiness than the pride he took in his children’s accomplishments.

When I recount the many wondrous stories he told and the almost far-fetched experiences he had. I am reminded of the movie “Secondhand Lions” in that the men of that story lived a life so adventurous and extreme that in recalling their experiences to other people, almost no one believed them. And yet, in the end, after all their stories had been told and their lives had come to an end, the Sheiks Grandson asks: “So, the two men from Grandfather’s stories? They really lived?” and the Sheiks Son replies: “Yeah, they REALLY lived”. Bob lived a full life, one of adventure, many accomplishments, worldwide travel, hard lessons learned, love won and lost, purposes found and unbelievable tales. His stories and legacy will live on in the hearts and minds of those who knew him.