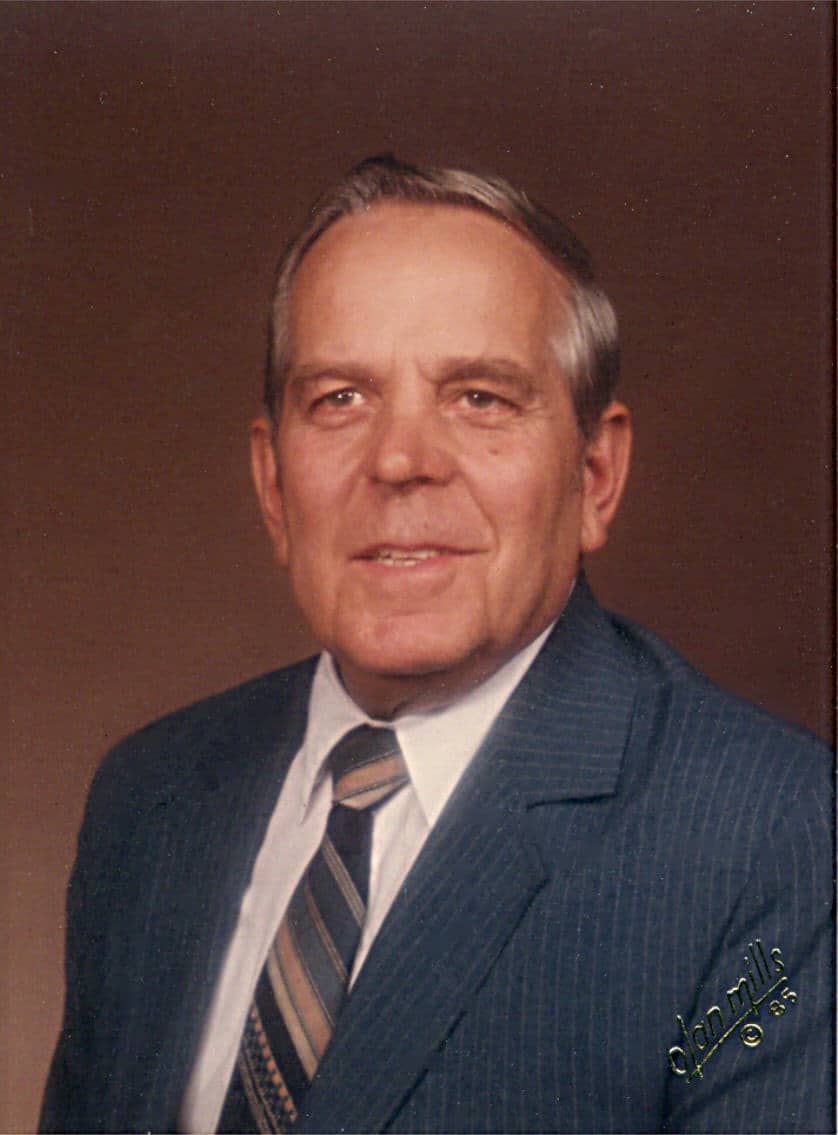 Robert was a veteran of World War II where he served as a flight instructor with the U.S. Army Air Force from 1943 to 1945. He returned to Racine, Wisconsin and worked for the Allover Manufacturing Company until 1958.  In 1958 the McGraw-Edison Company purchased the Allover Company and Robert accepted the position of Products Manager of their  Bersted Division in Boonville, Missouri.  In 1974 the McGraw Edison Company transferred Robert and Betty to St. Charles, Illinois where he was president of Portable Electric Tools. Other moves in Robert’s career took the couple to Binghamton, NY, and Ft. Wayne IN.

Upon retirement in 1993, Robert and Betty retired to Lillian, Alabama where they resided  for 11 years.