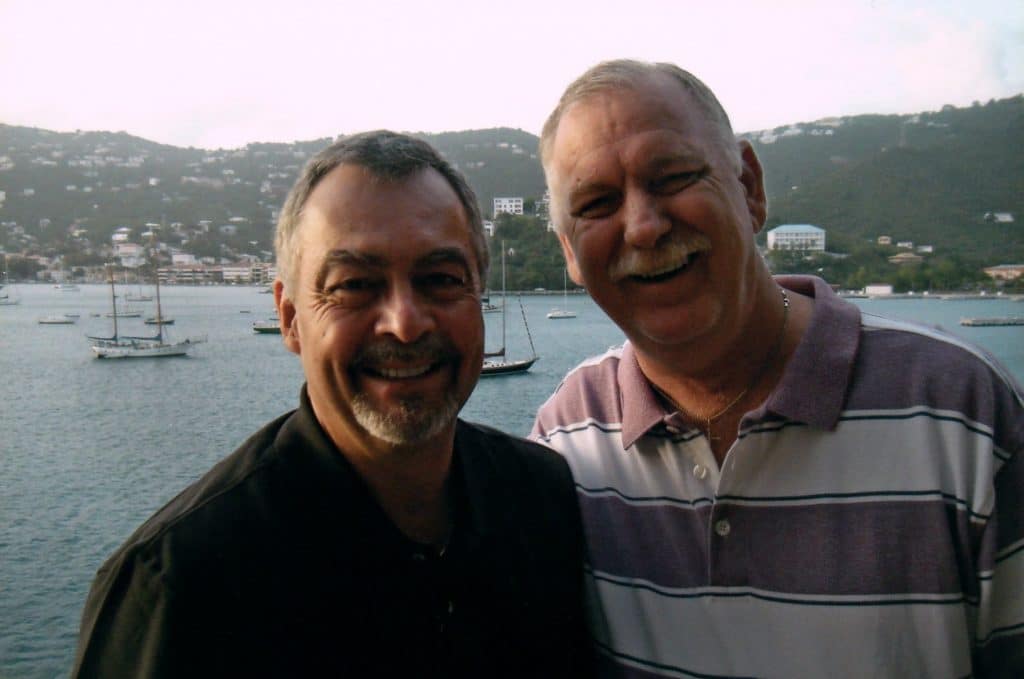 Robin “Rob” Edward Smith, 63, Independence, Missouri passed away January 18, 2018. A visitation will be held 1:00 – 2:00 PM, Saturday, January 27, 2018 at Heartland Cremation & Burial Society. A Celebration of Life will follow at 2:00 PM at Heartland Creamation & Burial Soicety. In lieu of flowers, memorial contributions may be made in tribute to Ryan Hawn to the Team Flying Pigs at  St. Louis MDA.

He and Stephen (Steve) Davidson have been committed to each other since 2002 and were married on June 18, 2016. Robin is preceded in death by his parents, and brothers Russell and Allen as well as members of Steve’s family, Ryan Michael Hawn (grandson) and Alan Davidson.

Robin worked for US Bank in the corporate accounts bankcard section. He loved what he did and would take others under his wings to mentor and help them advance their career. He would put others before himself and often would send “e-cards” to employees to congratulate them. He knew bankruptcy rules inside and out and quite often alerted senior management of problems with accounts he had found that others had missed.

He loved to cruise and travel to the capitals of Europe. His favorite place to cruise to was to Alaska. He and Steve cruised to Alaska every four years since 2004. Ask any of his cruise friends that knew him about being stranded in the ice in Alaska and the cruise ship having to come into the fjord to rescue the tour ship; of course he missed the chocolate bar onboard that day.