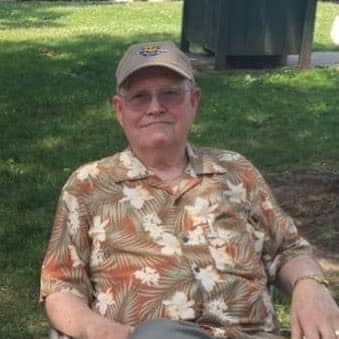 Ronald (Ron) Marion Langford, 80, of Lee’s Summit, MO formerly of Albany, MO passed away Tuesday, January 10, 2023, at Centerpoint Hospital in Independence, MO. He was born on March 8, 1942, in Darlington, MO to Marion and Agnes (Chenoweth) Langford who preceded him in death.

Ron grew up in Albany, MO, and graduated from Albany High School in 1960. He remained close to his graduating class attending class reunions and staying in touch with his classmates on Facebook. Ron attended college at Northwest Missouri State University (NWMSU) in Maryville, MO, graduating with a B.S. in accounting in 1964. That same year he began a job with the Comptroller of the Currency (OCC) under the U.S. Treasury Department as a National Bank Examiner in St. Louis. Ron transferred to the OCC office in Kansas City, MO, in 1965. He served in the U.S. Army from 1967 to 1969 stationed in the U.S. and Germany. He returned to his duties as a National Bank Examiner in 1969. Throughout the 1970s, he examined banks in the U.S., eastern Asia, and England. He retired from the OCC as a Senior National Bank Examiner in 1991. That same year, Ron began working with CNB Financial Corporation in Kansas. In 1997, he acquired the position of Vice-President and Senior Financial Auditor with UMB Bank. Ron stayed with UMB Bank until 2004. He then continued to work part-time with the Housing Development Corporation until finally retiring in 2012.

Ron married Geneva (Jenny) Langford (Darnell) on June 11, 1966. They had met in a zoology class at NWMSU in 1961. Jenny took a break from teaching and joined Ron in Germany in 1968 where they found time to tour Europe in a Volkwagen Beetle. Jenny was by his side when he passed away. When asked one time by his wife how he wanted to be remembered, Ron told her he wanted to be remembered as being kind. He was certainly that. And he was much more.

He was a musician (piano and clarinet) and a member of his high school and college band, and he passed his musical abilities to his sons and grandchildren. He was an aficionado of cars (especially those of the 1950s) and had owned a Ford Thunderbird and a Ford Crown Victoria. He loved tinkering with both. He held season tickets to the Royals for most of the 1970s through the 1990s and attended the final game of the 1985 World Series with his wife. He enjoyed westerns: movies, TV shows, and books. And he was especially fond of Roy Rogers and John Wayne. He was an avid reader and always seemed to have a paperback novel in his hand. He enjoyed camping and spent many weekends at Pomme de Terre with his wife and family. Ron also enjoyed traveling throughout the U.S. (camper in tow). He loved his parents and family and his hometown. He loved the many dogs he and Jenny owned together: Bunny, Gypsy, PJ, Emma, Benny, and Charlie. And he never forgot Rivets, his childhood dog. He was outgoing and friendly and was known to start conversations with strangers at any place and at any time. He was a good man, and he will be missed by all those who shared a small part of their lives with him.

As per Ron’s wishes, there will be no visitation or funeral. The family respectfully requests that memorial contributions be made in his name to Albany R III School District (Band Fund), to Wounded Warrior Project, or to KC Pet Project. Arrangements have been entrusted with Heartland Cremation & Burial Society in Raytown, MO. Memories of Ron and words of comfort for his family may be shared at heartlandcremation.com and on Facebook on Ron’s Facebook page (search for Ronald Langford).