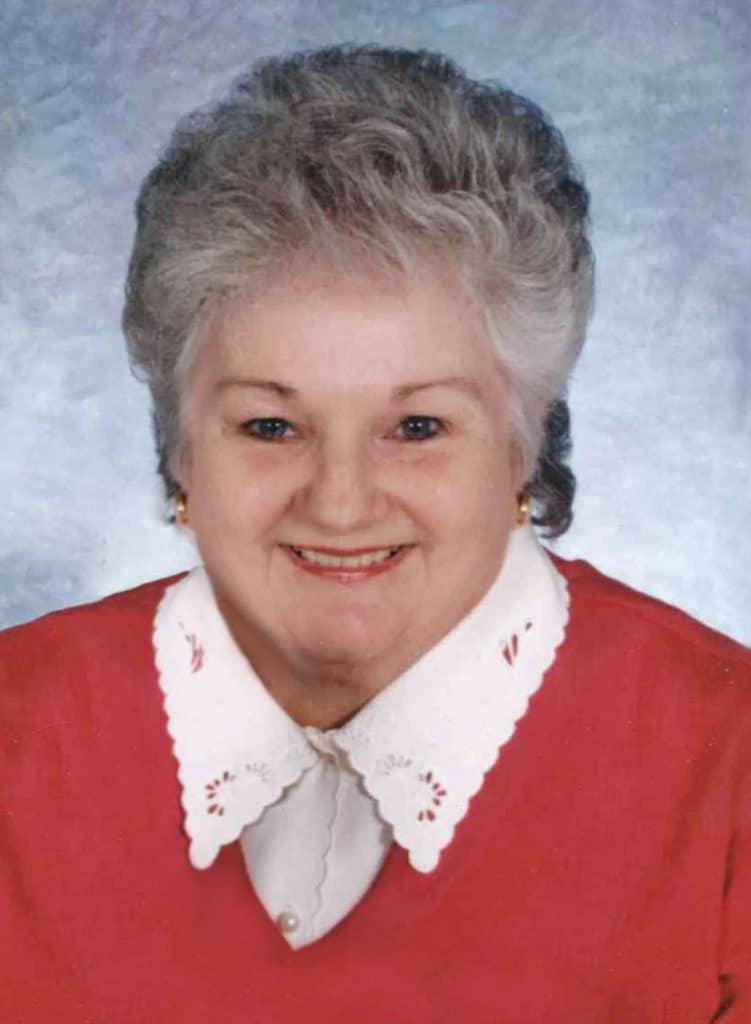 Our beloved mother, Rose Marie Buxton Sanders, 79, passed from this life into the arms of her Blessed Redeemer on October 30th, 2018. Mom was born on May 13th, 1939 in Noel, Missouri, the 2nd child of 6 to James and Juanita Buxton.

She graduated Central High School in Kansas City, Missouri in 1957. During high school, she worked as a carhop at Winstead’s on the Plaza. After graduation, she worked for Graybar Electric Company as a supply clerk. She came to know Jesus as her Savior when she was 12 years old, and in her teens, began praying for a Godly husband. The Lord brought a handsome young man to her church. His name was Lester Sanders, and he was on his way to the wheat harvest. Lester spotted a beautiful young woman singing in the choir and decided to hang around awhile. The two were soon married November 22nd, 1958. To this union 2 daughters and 3 sons were born, Leslie, Karen, Michael, Larry and David. Mom and Dad have lived in Independence all their married life and in the same house for 57 years. They would have celebrated their 60th Anniversary on Thanksgiving Day of this year. Mom was a wonderful  homemaker and known for her down-home cooking and baking. She enjoyed sharing meals with family and friends. You never went away hungry from Mom’s. Mom also enjoyed gardening, canning, crocheting and sewing for her daughters and granddaughters. Mom was a devoted wife and mother to her family. She always planned and organized our family’s 2 week camping vacations across the western U.S., to which she endured countless hours of “accidental” calls on the intercom between the front seat of the truck and the back camper, as well as many stops to the emergency room for stomach pumping, stitches in the forehead and removing a fish hook from the back of a head. In the late 70’s, Mom worked as a secretary for the Jack Terry Law Office to help put her children through a Christian School. She was fiercely devoted to her family and will be solely missed. Preceding her in death were her parents, one brother, Paul Buxton, two Chirveno grandchildren, and two Hennessy great-grandchildren.

Those left to rejoice in her home going include her loving husband, Lester Sanders, her five children, Leslie and her husband, Mike  Chirveno, Karen and her husband, Tom Hendrich, Michael and his wife Rita Sanders, Larry and his wife, Kristie Sanders, and David and his wife, Tracy Sanders, her three sisters, Joy Green, Dorothy Steffen, and Debbie Buxton, one brother, Stephen Buxton, and two sisters-in-law, Eurma Sperry and Margaret Sanders. She also had 14 grandchildren and and their respective spouses, Garry and Jessica Power, Brian and Kristen Hendrich, Mike and Lauren Hennessy, Scott Hendrich, Elizabeth Chirveno Nick Chirveno, Garrett Sanders, Logan Sanders, Kalyn Sanders, Sara and J.D. Summers, Gary and Jamie McQuinn, Scott and Vanessa McQuinn, Ashley and Thomas Stewart and Johnny Riley, with 20 great-grandchildren and another on the way.