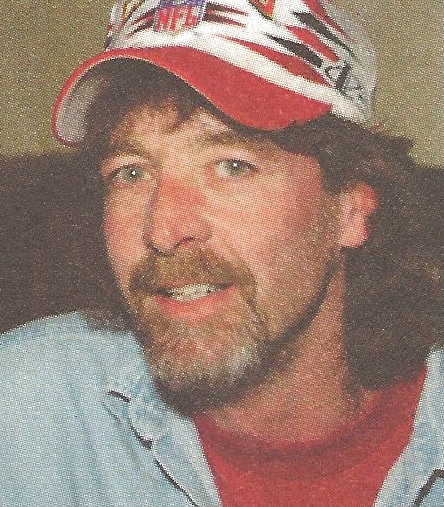 Roy David Henshaw was born October 12, 1955 and passed away Thursday, July 19, 2012. He leaves behind his wife of 30 years, Cindi Henshaw and son Jeremy, foster daughter Amy Mallinson and foster grand-daughter Brooklyn who adored her papaw. He also leaves behind
his brother Steven Michael Henshaw and wife Tonda, a brother-in-law John Main and wife Kristy, step sister Patty Rosas of St. Louis, father- in- law William Main, two nieces and two nephews, and many other family and friends. He was preceeded in death by mother Patricia  Henshaw,  father Lawrence Roy Henshaw and mother in-law Agnes Main. He was a devoted and loving husband and father who loved watching his son grow up. He enjoyed watching him play baseball for Queen City for 12 years and assistant coaching several of his teams. He loved hunting and eating morel mushrooms as well as apple fritters from Santa Cali Gon. David worked  for Union Pacific Rail Road and later for Superior Asphalt. He was a member of the Laborers Union 663.

He had a fun-loving sense of humor and could always be counted on for saying something clever to make people laugh. He will very much be missed.

A celebration of his life with dinner will be held on Monday at Westminster Hall, 417 W. Lexington, Independence, Missouri between 5:30pm and 8pm.  Friends and family are welcomed. In lieu of flowers, the family suggests donations to Wayside Waifs Animal Rescue in Kansas City, Mo. or the American Cancer Society. (arr: Heartland Cremation & Burial Society 816-313-1677)