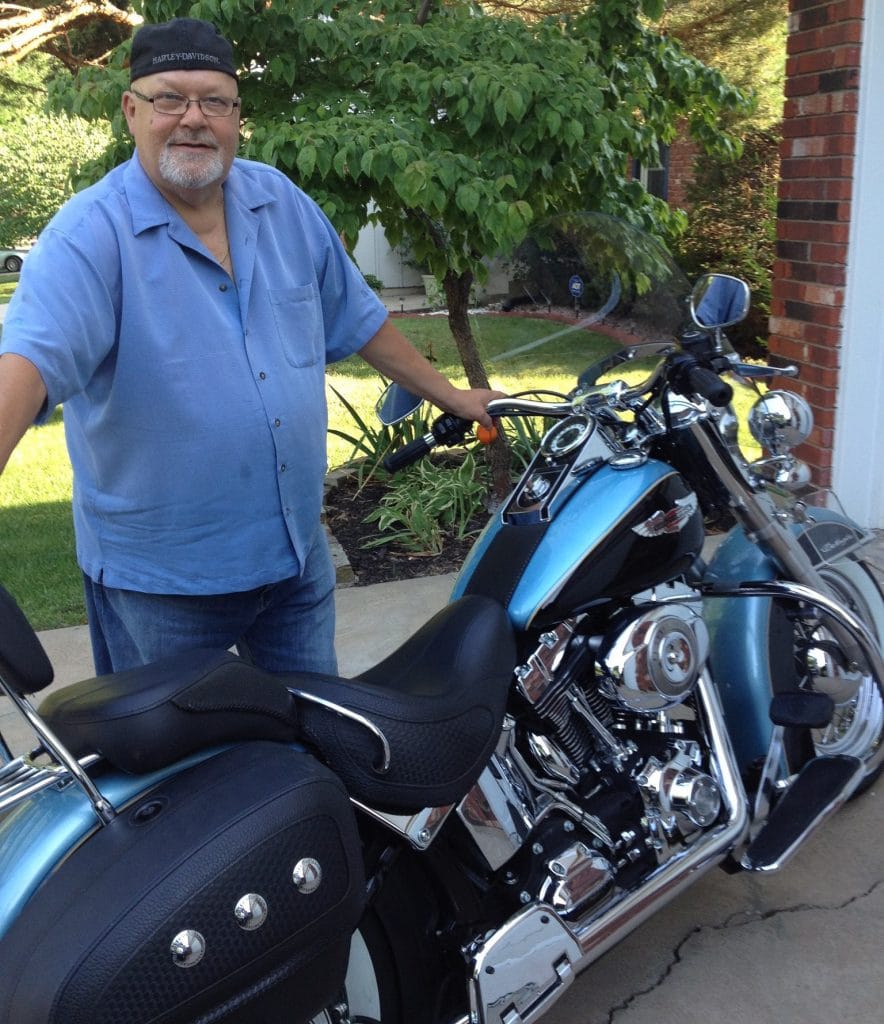 Keeping true to Bruce’s sense of humor the family has decided to publish his original, self written obituary which he wrote in 1999:

Mr. Munn  was born April 19, 1949 to Samuel V. Munn and Esther Marie (Gale) in Columbus, Ohio. Mr. Munn graduated from Shawnee Mission South High School in 1969 and went to Johnson County Community College for two years. Although he did not have a four-year college degree, he did pretty good.

Mr. Munn was President of Bruce Munn and Associates which was an office furniture manufacturers rep group covering the states of Kansas, Missouri, Nebraska, Iowa, Southern Illinois and Western Kentucky. Bruce was in the office furniture industry for __years.

As you can see from the above photo, Mr. Munn was an avid fisherman. The picture is of Bruce in his Water Otter. Bruce loved all types of fishing,  but his favorite was fly fishing- he even tied his own flies.

Mr. Munn leaves behind his wife Janis K. Munn of the home (whom he loved very very much) and hopes his friends console her, as this is very difficult for her because she worshiped the ground Bruce walked on. However, she probably will be dating fairly soon. Bruce also leaves behind his sons, Christopher Ryan Munn, Samuel Brent Munn and Jason Bruce Munn all of Overland Park. One daughter, Melissa Huff of Des Moines will also greatly miss her dad. Melissa is married to Chuck Huff and their three children Brooke, Riley and ___will miss their grandpa immensely.

Bruce also leaves behind his wife’s family in Wichita, KS. His wife’s parents, Bill and Wanda Martin, sisters Sherill Hubert and her family, brother Jerry Martin and his family and a sister in Overland Park, Bev Martin.

Bruce was truly a great guy and loved by everyone that knew him (mostly everyone). There were only a few customers that would not let him in their store.

At Bruce’s bedside during his last hours, he requested his family to hold hands around his bed and sing “Wooly Bully” by Sam the Sham and the Pharohs.

There’s not a whole lot else to say except “WHAT A GREAT GUY.”

Samuel Bruce Munn, 70, of Overland Park, KS passed away on October 10, 2019. A memorial service will be held Saturday, Oct. 19, 2019 at 1:00PM at Overland Park Church of the Nazarene, 91st and Lamar. In lieu of flowers donations can be made to AFTD (Association for Frontotemporal Degeneration) or Operation BBQ Relief .