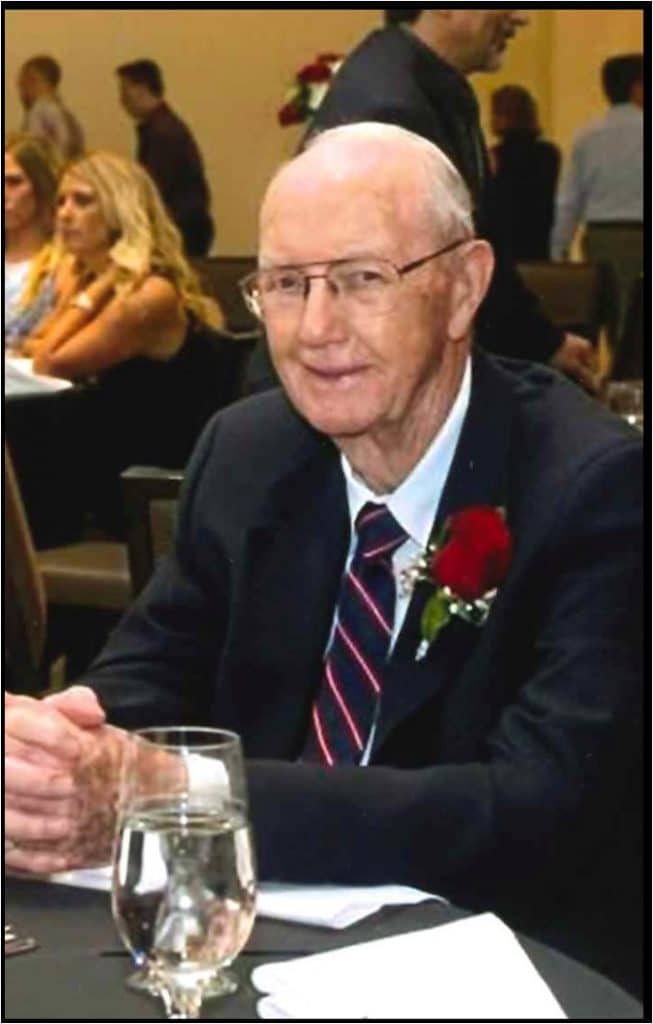 Samuel G Ratliff, age 94 of Lee’s Summit, MO passed away on February 3rd., 2021 at his home. Sam as he was known was born April 11th., 1926 in Huron SD to Gladys Crabb and Samuel Ratliff Sr. and later raised by his Mother and Stepfather Joe Anderson.

Sam served in the Navy World War 11 and later the Korean War on a War Ship.

Following his service Sam went to Huron College, graduated in three years with a Business Management Degree while working 5 jobs.

It was at this time he met The Love of His Life, Maxine Myers and they were married on June 14th. 1952 and married 68 years and had three sons. He would always say the secret to a long marriage is that he and Maxine would discuss everything then they would do what Maxine said.

Sam started to work for McKesson Drug after College and moved to Redwood Falls MN, and later Minneapolis MN before being transferred to Sioux City Iowa as the Divisional General Manager. He later retired after 22 years and moved the family to Grand Jct. Colorado where he owned an Office Supply and Hallmarks Stores. In 1986 Sam and Maxine moved to Sun City West, AZ where Sam started his favorite career selling Real Estate which he did till he was 90 years old with Maxine and his sons.

Sam loved to Golf, and was very good at this sport as he shot his best round on his 70th. birthday a par 72 at Hillcrest Golf Course in Sun City West. AZ

Sam also loved to Fish, and Hunt Pheasants in South Dakota going on many trips with his sons exploring his homeland and looking for his lost roots in the different towns of South Dakota.