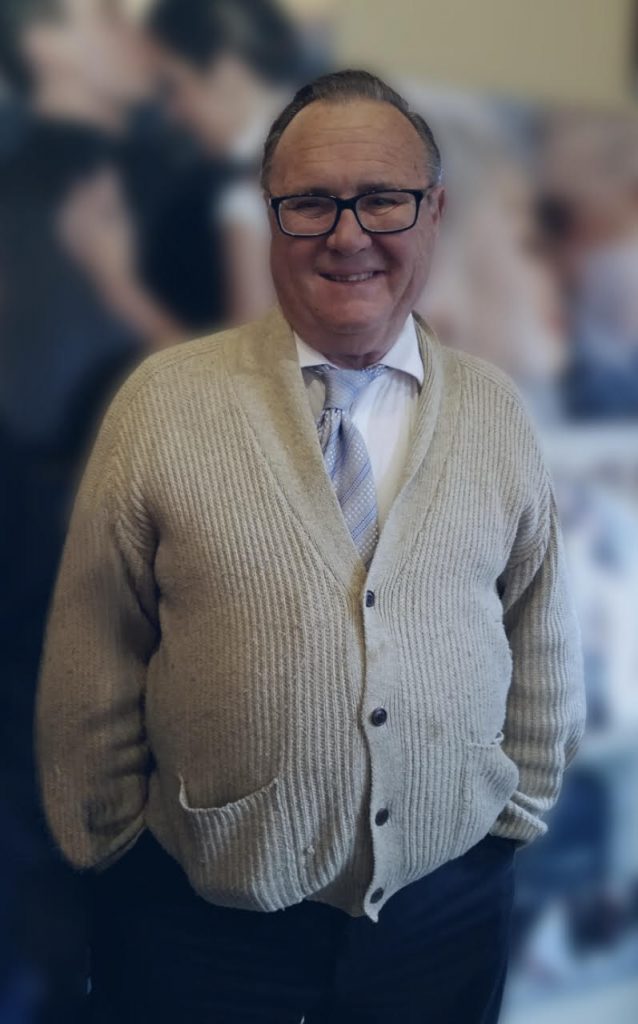 Funeral and visitation services will be postponed until further notice due to Stay-at-Home orders for the Covid 19 outbreak.

Samuel Hale was born on February 25, 1946 in Kansas City, Missouri.

At the age of 10, he had his picture in the paper receiving recognition for playing music at the Grand Old Opry. He loved playing music and continued to play big band music throughout his life. He played the accordion and piano and even enjoyed playing with his granddaughter, Audrey Simmons.

When he was in high school at Northeast, he played football and worked at the racetracks to watch his brother Roger Hale race Sprint cars. Later in life, he would take his daughters and all of his grandchildren to the racetracks to enjoy Sprint-car racing on the dirt tracks. He also attended all of his daughters’ and grandchildren’s sporting events and loved watching them play.

He attended Finely College in Kansas City until he was drafted into the United States Army in 1966. He was a radio operator and radio teletype with the rank of Sergeant, serving in Germany for two years until he was honorably discharged.

He worked as a sheet metal foreman in the Local #2 for thirty years until he retired.

Samuel Hale is preceded in death by his beloved wife, Connie (LaBarge) Hale, his parents, Genevieve and Harold Hale, and his brother, Roger Hale.

He is loved and missed by his daughters: Lisa (John Winter), Lara (John Wood III) and Joanna (Benjamin Simmons).

He loved and cared for all of his grandchildren who enjoyed spending time with him at the racetrack, playing pinnochle, watching sports and listening to his stories. They also love and miss him: Raelynne Hale (Guillaume Babin), Jeremy Hart, John Wood IV, Annalise Winter, Audrey Simmons (Brandon Keeton), Samantha Simmons (Alek Jewell) and Sabrina Wood.

He loved his one year old great grandson, Benjamin Keeton very much.  They were buddies and spent as much time together as they could. They also liked to play the piano together.

Sam loved to tell stories and spend time with his family, please leave your favorite story with him here.