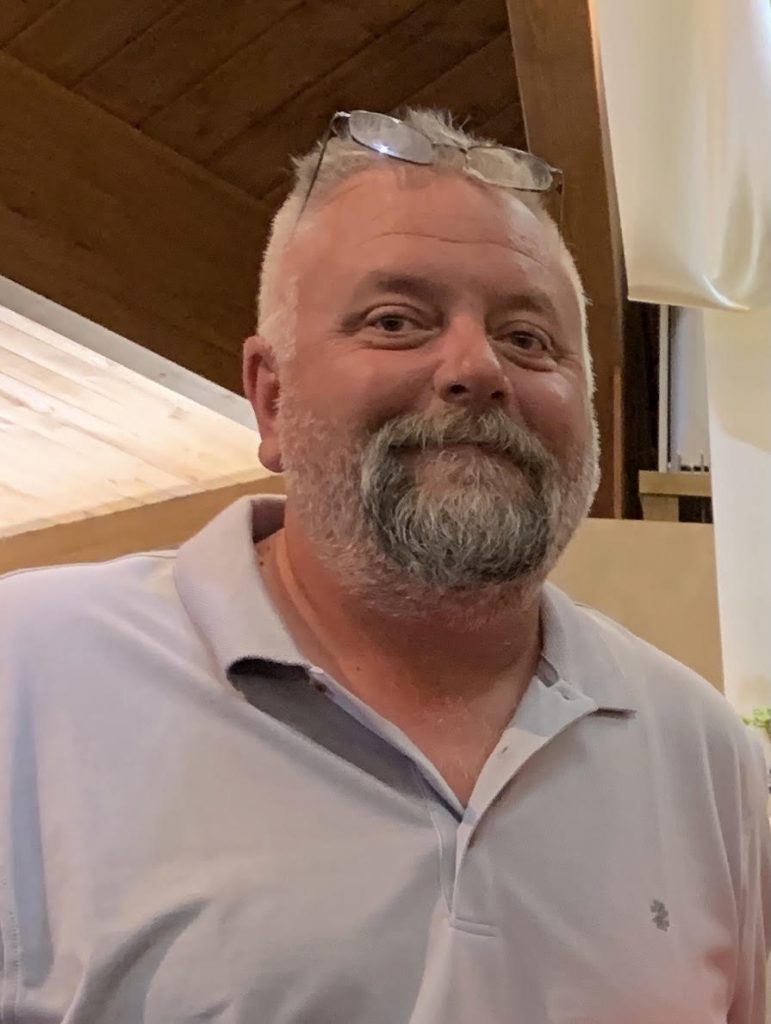 Samuel Robertson Sarver passed away the morning of December 21st, 2020. At only 48 years old, he was called home to God much too early. Sam’s pride and joy was his family and carries on in the form of his two bright, athletic, and good-natured boys, Collin (11) and Scott (9) and his wife, Stacy. Sam worked hard for 16+ years in his career at the Union Pacific Railroad. He was a master of big rigs and heavy machinery and able to maneuver them with apparent ease. He worked hard, and he played hard.

He enjoyed a weekly round of golf with his buddies but the rest of his free time he spent with his boys. Whether it was riding bikes, walking all over Liberty, playing pickleball, swimming, or coaching and/or shuttling his boys to league sports including, basketball, baseball and football.  Sam was always giving- giving time, giving encouragement, giving love.

Sam wanted to be seen as “just an ordinary guy.” He played the part well, sharing just enough that people almost universally knew him as simply “a good guy.” Those of us who knew him best know that he often hid his true superpower: his extraordinary heart.

Sam is survived by his wife, Stacy and their two sons Collin and Scott, his mother, Shirley, his sister, Marta Logan, his brothers, Ammon and Danny, mother-in-law, Debby Costanza and several nieces and nephews.

He was preceded in death by his father, Antony Sarver and his grandparents.

In lieu of flowers, contributions can be made for his son’s education fund. Donations can be sent payable to Stacy Sarver c/o Pony Express Bank, 215 N 291 Highway, Liberty, Mo 64068.