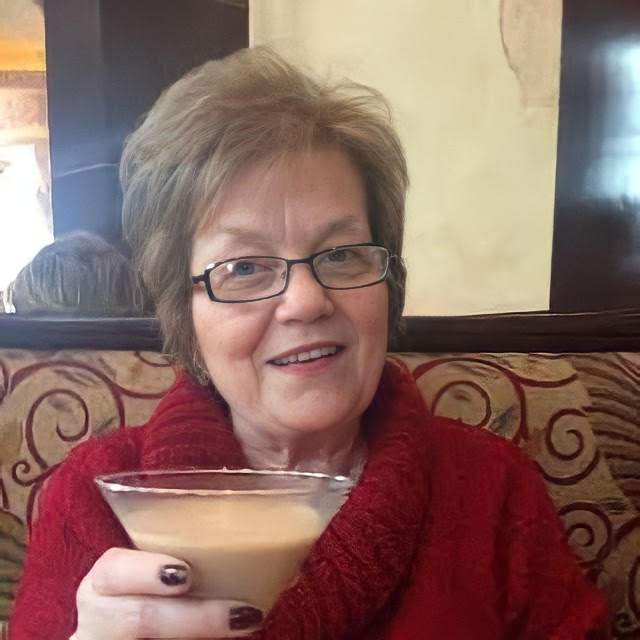 Sandra Gayle Jones-Ecklund, or ‘Sandy’, to her family and friends, lived in Merriam, KS, and passed away at age 77 on Tuesday, December 7th in the year 2021 at Kansas City Hospice House in KCMO, three months after being diagnosed with colon cancer.

Sandy was born on May 4th, 1944 in Lubbock, Texas to parents Lloyd and Beryl Jones. She is survived by a younger brother named Bill Jones, who brought her great comfort in her final days, and she also had a younger sister named Susan, who passed away many years ago.

Sandy and Marv eventually went their separate ways, but remained friends for the rest of their lives. Sandy worked several jobs as a single mom, most notably as the Bookkeeper at Haywards BBQ and then later as the Accounting Manager at Johnson County Developmental Supports, from where she retired.

Sandy made many friends over the years, keeping close contact with Vicki Fieman and Patricia Atkinson. And she was friends with many others who survive, and many who have passed on. She loved to travel and stay in hotels, and frequently visited friends and family who lived out of state. She was particularly drawn towards the ocean. She also loved to listen to live music and was an avid fan of NASCAR.

Sandy was headstrong when she had to be, but had a tender heart, and a sassy sense of humor that had her laughing, and smiling more often than not.

She is survived by her brother, Bill, and his wife, Yong, and their three children: Lisa, Elizabeth, and Gayle. All three of Sandy’s own children Misti, Brett, and Greg, survive along with their spouses: Bryan, Stacy, and Maggie, and Sandy’s grandchildren: Sarah, Jeff, Eddie, Max, Olivia, Mason. And step-grandchildren: Ashley, Tiffany, and Kacey. As well as her great-grandchildren: Karson, Jack, Eric, and Everlie. Jayden, Gavin, Ryley, Londyn, and Zoey.

There will be no funeral service per Sandy’s request.