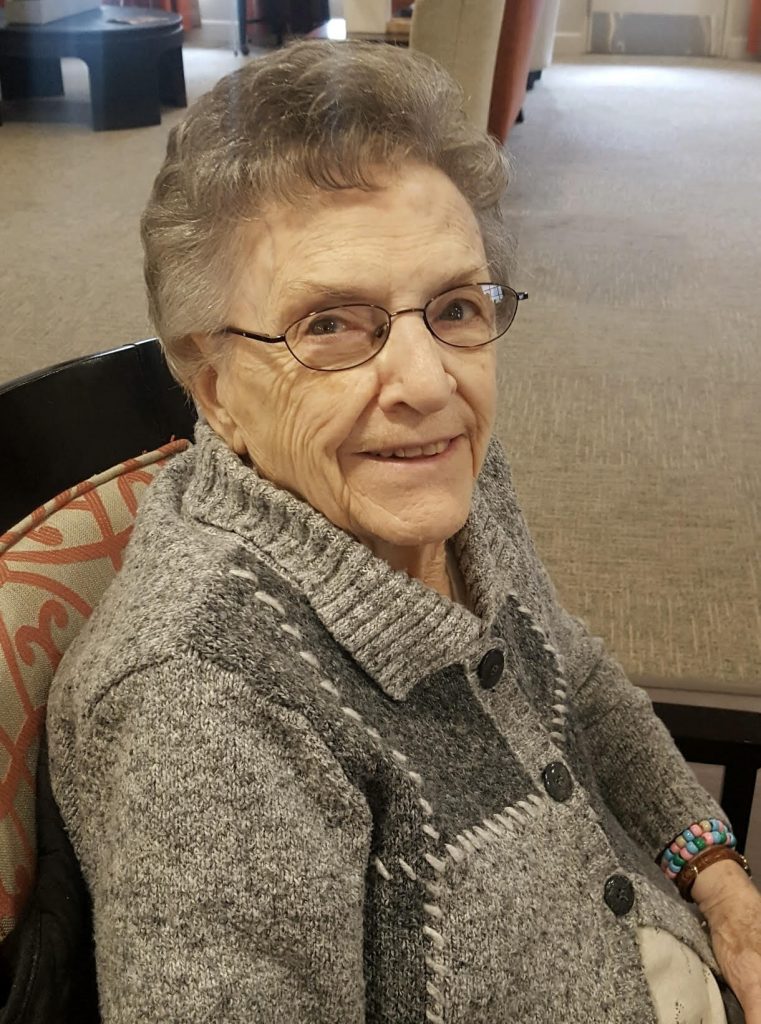 A Mass will be held at 11:00am on Friday, January 15, 2021 at St. Mark’s Catholic Church, Independence, MO. A visitation will be held prior to the service at 10:00am. She will be laid to rest at Woodlawn Cemetery immediately following the service. Masks and social distancing will be required at all times in the church. In lieu of flowers, memorial contributions may be made to Animals Best Friends, Independence Chapter (2302 S Crysler Ave, Independence, MO 64052).

Sally was born on August 25, 1930 in Sparks, Nevada to George and Margaret (Pickersgill) Bassimier. She graduated from the University of Nevada in 1953. Sally married William (Bill) Scott in 1953 and moved to Independence, MO where they lived in a house built by Bill.  They were married for 55 years until Bill’s death in 2008.

In addition to being a devoted and loving mother, wife, and grandmother, Sally was a wonderful 3rd grade teacher at Spring Branch Elementary school in Independence from 1976-1994. Sally was also an avid sports fan, with a special love for the Kansas City Chiefs and NASCAR.  She enjoyed social activities, her pets, and traveling.

She is preceded in death by: husband, William (Bill) Scott; parents, George and Margaret (Pickersgill) Bassimier; and sister, Katherine Wallace.

The family would like to send a special thanks to the staff at Cross Creek at Lee’s Summit for being like family this past year. Their help and wonderful care during Sally’s stay did not go unnoticed.