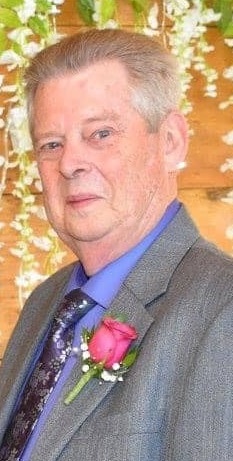 Scott R. Vorbeck passed away at age 77 on June 4, 2022, at home, surrounded by family. The oldest of three sons, Scott was born to William (Bill) and Betty Vorbeck on August 12, 1944, and raised in Raytown, Missouri. After graduating from Raytown High School in 1962, Scott earned his Bachelor of Arts degree in history from the University of Missouri. Beginning in 1966, he served in the United States Army before being honorably discharged. Thereafter, he spent more than thirty years serving some of the most vulnerable of his fellow veterans while working for the Veterans Administration.

Before anything else, Scott was a family man. Upon returning home from the Army, Scott headed back to his college stomping grounds where he met his future wife, Delphine. They married in 1970, had two daughters, Rachel and Susan, and spent the next 52 years together devoted to their family. They rarely spent a day apart. Scott was a loving husband, the proudest of fathers, and a doting grandfather. Scott’s measuring stick for success in life was the health, happiness, and safety of his family. By that measure, he was a wealthy man, indeed.

However, to those that knew him, Scott was so much more than the sum of his family. He was, bar none, the smartest man most people had ever met. Scott had a photographic memory with instant recall. In his orbit, throughout the decades, the words “ask Scott” were common. It is a mark of Scott’s character and fundamentally good nature that it never occurred to him to use his intellect to make others feel less-than. Instead, he used it to make others laugh and feel welcome. Scott had the gift of gab, a fantastic sense of humor, and a lightening wit. He loved to socialize and could spend an evening chatting up complete strangers effortlessly. He always had a story to fit any occasion. When he wasn’t working or gabbing, Scott most frequently was found in his chair with a book or downstairs in his library whistling to a favorite tune on Oldies 95. On the weekends, he was happy to take a daughter or a buddy to the gun range and tear up some targets . . . as long as you were sure to collect all his brass when you finished. None of these words captures a fraction of who this man was, how much he was loved, or how much he will always be missed.

Scott was preceded in death by his parents, Bill and Betty and his brother Steve (Yip) Vorbeck. He is survived by his wife Del, his daughters and sons-in-law Rachel & Chris Rivers and Susan & Matt Brown, his granddaughters Sophie Rivers and Autumn Brown, as well as his brother Raymond Vorbeck, Raymond’s wife Judi Wright Vorbeck, and his nephews Steve, Chad, and Dan Vorbeck.

At Scott’s request, there will be no formal services. Instead, at a future date to be decided, his daughters will host a celebration of life for both Scott and his brother Steve. Lifting a glass, laughing a lot, and engaging in questionable humor will be encouraged if not required. In lieu of flowers, donations can be made to tunnel2towers.org.

Scott was loved by SO many people along the way.  And, to his family, he was the tallest man in the room.