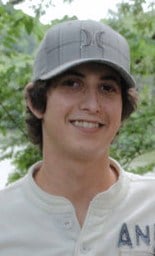 There will be a celebration of life for Shane on Saturday, July 23rd in Branson, MO. Please contact Amber Lonchar at 417-337-0659 for more details.

Shane was born May 23, 1988 to Charles Hefley and Janet Francis (Odening) in Tyler, TX. Shane was a young man who battled osteosarcoma (bone cancer) since he was 17 and lived life to the fullest every day.

He enjoyed rock climbing, skateboarding, wakeboarding, and skydiving. In 2009, Shane became the youngest amputee to become a certified skydiver, almost making it into the Guinness Book of World Records. He also was involved with the Nevada Child Cancer Foundation in Las Vegas. During his treatment in Las Vegas, Shane did motivational speaking for the children and helped raised funds for the Children’s Miracle Network.