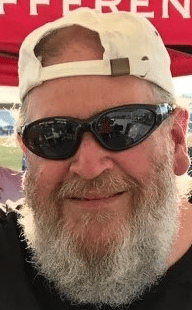 On July 13th 2022, God called Terry home to heaven where he now joins his brother Tony Davison, his parents, and the rest of his family.

Terry was a loving Brother, Uncle, Godfather and friend. All that knew him thought of Terry as a genuinely Kind, Loving, Understanding, Gentle soul.

Terry was very passionate about cooking for others where he became a chef like his dad was.

He is survived by his sister Tami Davison, Nephew Tony Davison and Goddaughter Sophie Harrington whom he helped raise and she proudly calls him Dad.

From all the lives he has touched , he will be greatly missed.