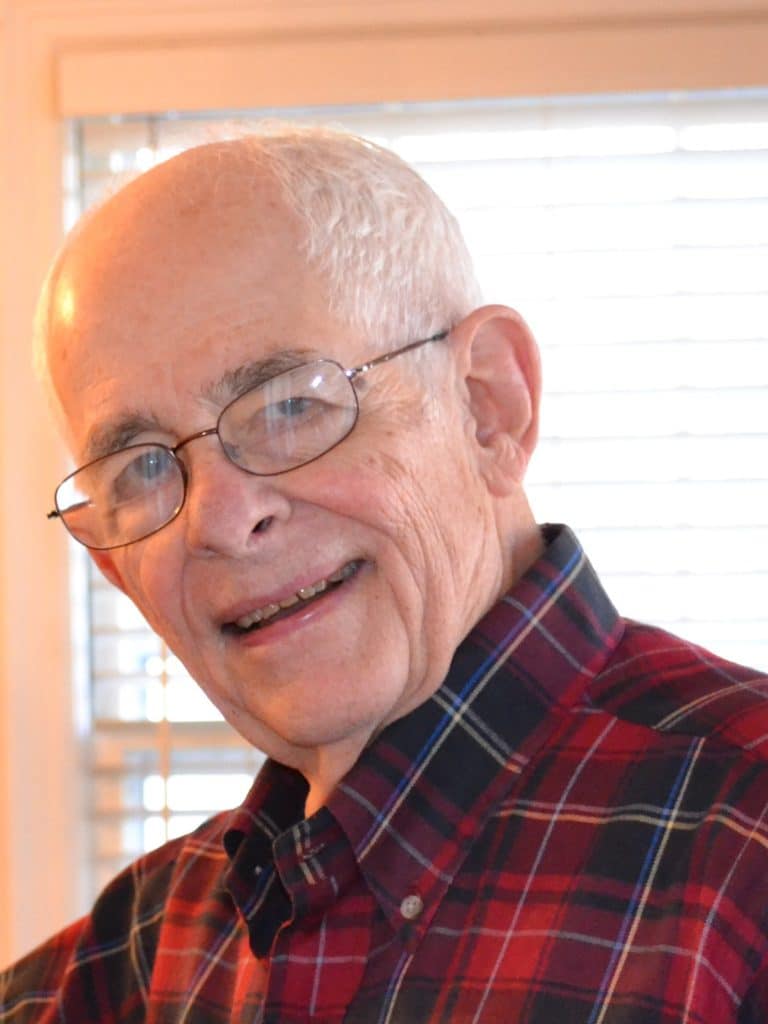 Thomas Carter (Tom) Kirkwood of Lakeview Village, Lenexa, Kansas, died on December 1, 2020 at Lakeview. He was born June 6, 1926 in Colorado Springs, Colorado, the son of Arthur Kirkwood and Frances Tucker. He is survived by his brother, B. J. Kirkwood, Nathrop, Colorado. A sister, Ann Marie, preceded him in death at an early age. The family moved to Denver and then to Kansas City when his father associated with Burns & McDonnell engineering firm. Tom attended the Kansas City, Missouri public schools, graduating from Southwest High School in the Class of 1943. He joined the Navy V-12 program, and graduated with an engineering degree from the University of Oklahoma and a commission in 1946. After discharge, he earned a master’s degree from Stanford University, then returned to Kansas City.

In 1947 Tom’s father established his own consulting engineering firm, A. C. Kirkwood & Associates, in Kansas City, and Tom joined him the following year. The firm progressed and expanded in services provided and the geographical areas of service, adding staff and partners. In 1992 the firm merged with Shafer, Kline & Warren, also joined by Tuttle Ayers Woodward. Tom contributed to the engineering profession and public works community with leadership in Kansas Consulting Engineers, Missouri Society of Professional Engineers, American Public Works Association and Society of American Military Engineers.

Tom and Mardie were active at Village Presbyterian Church as choir members and in other programs. Tom served as an elder and trustee, and earlier was active in Second Presbyterian Church and St. Matthew Presbyterian Church. Tom was a longstanding member of Kansas City Rotary Club 13 and served as a trustee of the Lakeview Village Foundation. He was an Eagle Scout, Scoutmaster, and runner in the Tribe of Mic-O-Say. Compassionate, social and highly intelligent, he contributed his time and energy to countless endeavors through the years (MainCor is one example) and his loving spirit to his many friendships and relationships, particularly as a husband and father.

A ceremony for immediate family will be held at the Village Presbyterian Church Memorial Gardens with a service in celebration of Tom’s life to be held at the Church at a later date. Memorial contributions may be made to Village Presbyterian Church, 6641 Mission Road, Prairie Village, Kansas 66208 or to Lakeview Village Foundation, 9100 Park Street, Lenexa, Kansas 66215.