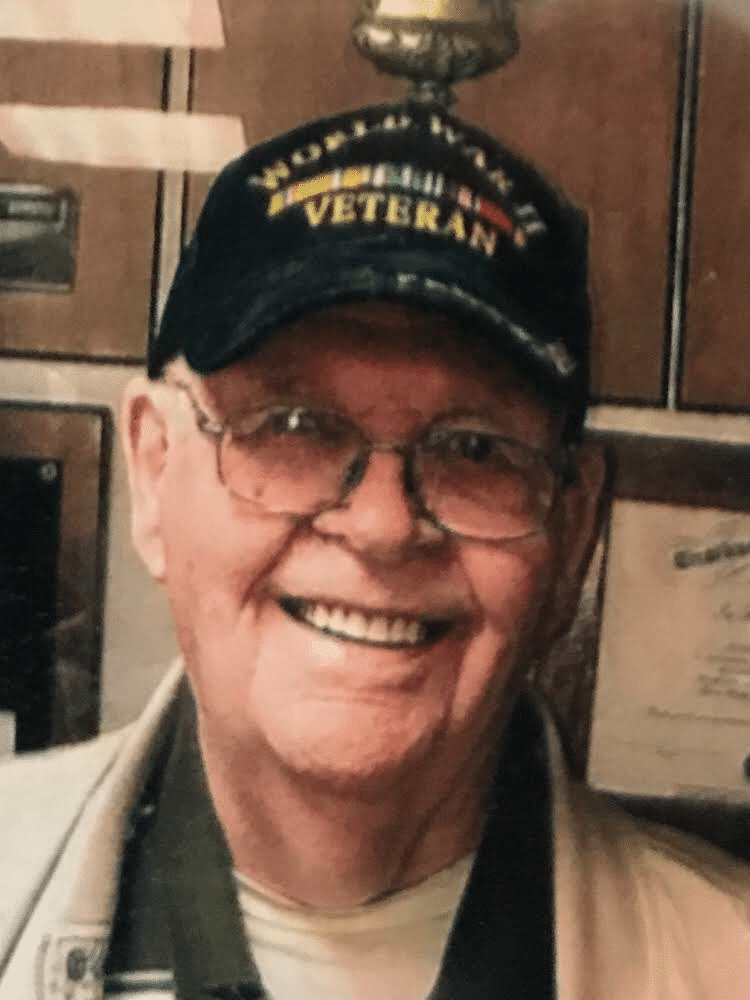 Thomas Edward “Bobby” Bray, 95, Raytown, Mo passed away May 7, 2019 at home, surrounded by family. Visitation 6-8 pm, Tuesday, May 14, 2019 at Heartland, 6113 Blue Ridge Blvd., Raytown, MO 64133. A funeral service will be held Wednesday, May 15, 2019 at 3 PM at Heartland. Burial will be at a later time at the Missouri State Cemetery in Higginsville. In lieu of flowers, memorials are asked to The Kansas City Pet Project or to the Veterans Affairs c/o Palliative Care or Mental Health Services.

Tom was born to Clarence Bray and Laura Viola Campbell on January 2, 1924.

Tom is preceded in death by his four siblings, Earl, Pearl, Marie, and Jimmy Bray.

While home on leave Tom met Mary Joan Joyce of Kansas City, MO and they were united into marriage on May 29, 1945.

Tom was serving on the USS Augusta while on Atlantic Ocean when Perl Harbor was attacked. From there he was moved to the USS Cabot were he stayed for the better half of the war. Tom also served on other ships and carriers during WWII, including USS Tappahannock (Kennebec-class oiler), USS Foss, and USS New Castle Victory.

Tom was in several battles throughout his career in the Navy one of which was the ‘Battle of Midway. Tom received several WWII medals including Europe-Africa-Middle East, Philippine Liberation, Philippine Independence, Asiatic Pacific, American Defense Service, American Campaign, WWII Navy Good Conduct and WW2 Victory medal.

After the war Tom enjoyed coaching his two older boys in little league baseball with the Boy Scouts. Tom had his own dairy route with Meyer Dairy in Independence for 20 plus years. He also worked at the Kitty Clover Chip Company and the Lee’s Summit School district for 27 years.

He loves working in his wood shop building bird houses, shelves, benches and lots of special request. Tom also, loves being outdoors working in his yard, watching the birds while camping and fishing. He also loved his westerns and Blue Grass. Tom favorite past time in listening to the Royals or watching them on TV. Tom has been loyal Royals fans from the crack of the first bat swag by the Royals in 1969. Tom’s favorite Royal player is still Frank White.

Tom always talked about how proud he was of all his children and grandchildren. He loved them all so much. They were all his pride and joy!