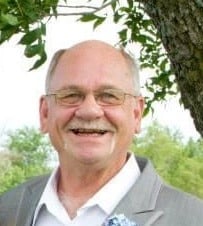 Tommy Gene Bowen, 68, of Pleasant Hill, MO, passed away on November 27, 2022 at Centerpoint Medical Center after a prolonged illness.

Tommy was born on July 23, 1954 to Martha (King) Busch and Bobby D. Wynne in Macon, GA.  After Tommy graduated from Fort Valley High School in 1972, he went on to study broadcasting at Elkins Institute.

After relocating to the Kansas City area in the late 70’s, Tommy started Tom Bowen Painting. He painted many high-end homes and had well-deserved pride in his work. He retired later in life when his health began to prevent him from working.

In 1977, Tommy met Kim Wagner. Tommy and Kim were married in 1981 and had three daughters together, Amanda, Audrey, and Ashley. Tommy and Kim later separated and divorced in 2014, but their shared love for their children and grandchildren endured.

Tommy loved a fast car or motorcycle and spent many weekends at the local dirt tracks driving number 86. He was always up for a road trip to a racetrack, amusement park, lake, or beach, where he built some amazing drip sand castles. Tommy was an avid fisherman. He often said that he felt closest to God while out on a lake or pond. He enjoyed watersports such as surfing and waterskiing, but the kneeboard always eluded him. Tommy loved classic rock and country music, and he was an amazing harmonica player. He would passionately play with a band or even just in his own living room while strumming along on the guitar. Tommy also loved a good lifetime movie, which he had no shame in admitting. He could often be found watching a Chiefs game or movie with a canine companion by his side. He had many wonderful pets over the years and was a devoted animal lover.

A celebration of Tommy’s life will be held at the home of his daughter, Amanda Dunn, at 17860 Bluejacket St., Overland Park, KS 66221 on Saturday December 10 at 4:00pm. Please dress casually (a favorite band or racing t-shirt would be what Tommy would have worn).  We will share some memories and enjoy some of Tommy’s favorite music and southern foods. In lieu of flowers, the family requests donations be made to cover his ceremony costs at https://gofund.me/82ceeea9 .The family is grateful for your love and prayers as we celebrate Tommy’s life.