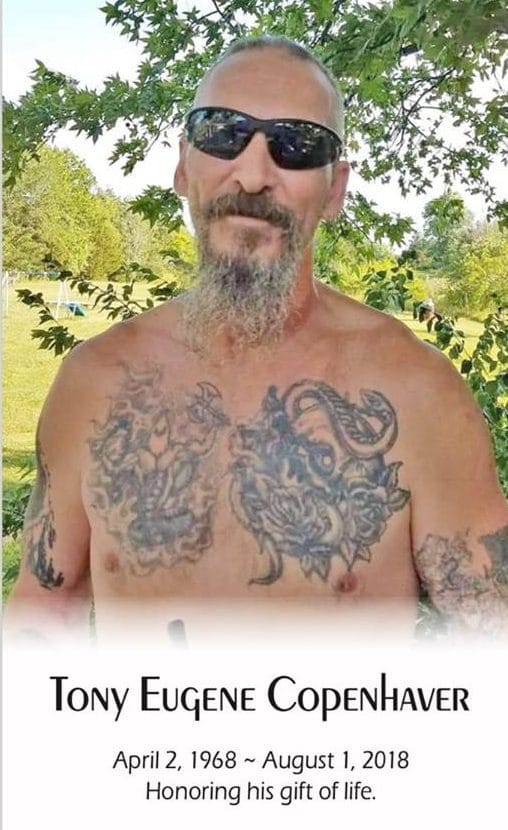 Tony Eugene Copenhaver, 50, of Columbia, passed away suddenly on August 1, 2018.

A benefit BBQ and memorial service will be held September 15, 2018 at noon at Eldon City Park in Eldon.

Tony was born April 2, 1968 in Jefferson City. He was preceded in death by an infant brother; his grandparents; his father, Ralph Moore; niece, Holly Hopkins; several uncles and a few close friends.

Tony also has several grandchildren that he loved dearly, along with numerous nieces and nephews, great-nieces and great-nephews, cousins, aunts, and uncles.

Tony has a great amount of friends that he has left behind on this Earth that will miss him dearly.

Memorial contributions are suggested to the family at https://www.gofundme.com/8hexp-tony