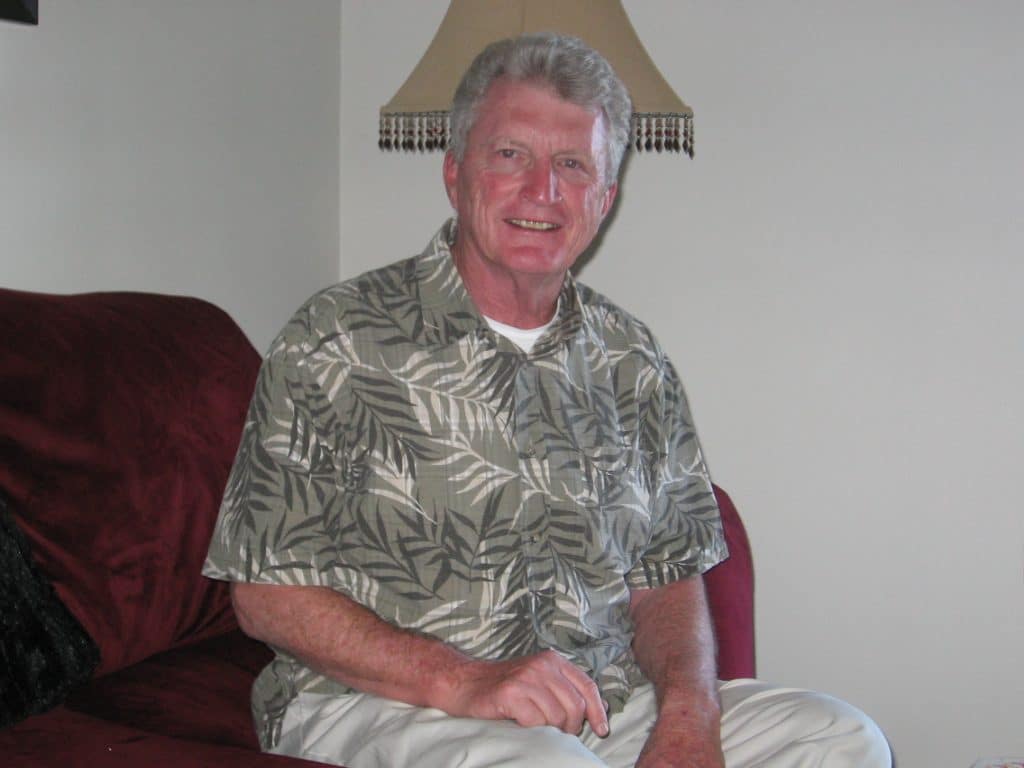 Tracy was a native Kansas Citian, who grew up as a member of St. Francis Xavier Parish. He was a graduate of Rockhurst High School in 1968 and went on to receive a BA degree from University of Missouri Kansas City (UMKC). The common theme through all of these years was his love of people. He never met a stranger and his humor was always present. Tracy’s work pursuits in the restaurant industry supported his interest to complete college, and eventually, was responsible for opening the restaurant at Lakewood Country Club, as manager. Most importantly, beyond the fine dishes, deep, lifelong friendships that exist today, were created in those kitchen’s. Further on in his work career, he moved on to other professional businesses to include working with his sister & brother-in-law, and finishing with UNBOUND (a non-profit) where his positive personality and sunny disposition made a strong impression on all.

During his formative years, Tracy developed what as to be a lifelong interest in music. This included publicly performing in a band, the Cavaliers, singing with family during car rides, and engaging in conversations with his nephews about the selections of modern music. In addition to his love of laughter, Tracy also had a passion for dogs. His regular routine included walks in the neighborhood, treats at the ice cream shop, and general “horsing around”. His caring and interest in his dogs drove him to regularly refer to them as ‘his kids”. Tracy’s kind heart and interest in others also translated into often offering a sympathetic ear when needed and donating time and money to those in need.

Tracy was preceded in death and joined in heaven by his brother Michael Loftus, his mother Mary Elizabeth (Mehan) Loftus, and his father Patrick Loftus, as well as other cherished aunts and uncles.

In his honor, a CELEBRATION OF LIFE will be held on OCTOBER 30th @ 2 pm, at his favorite park. Loose Park Garden Center KCMO in the ROSE GARDEN ROOM. Address – 5200 Wornall Rd, Kansas City, MO 64112.

Tracy’s wishes were that in lieu of sending flowers, memorial gifts in Tracy’s honor be made to UNBOUND, 1 Elmwood Ave. Kansas CIty, KS, 66103. Or online at www.unbound.org.