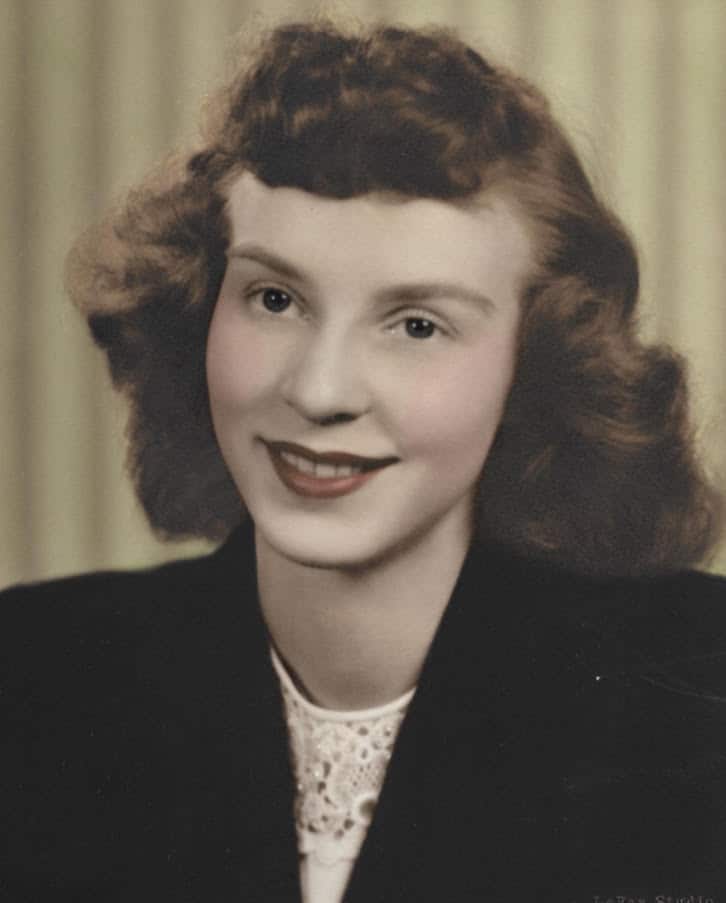 Virginia Rose Long passed away Wednesday March 18, 2020 at her home in Belton, Missouri. Virginia was born on August 16, 1927 to Goldie Britton Schmoker and Hugh Grant Schmoker.  Virginia was the youngest of three children.

Virginia attended the University of Nebraska before working as a telephone operator in Grand Island, Nebraska. It was at a dance in Grand Island where she met her handsome US Naval-man, Jack Dalton Long. Jack and Virginia later married in 1947 in Osceola, Nebraska. After they were married they had five beautiful children.

Virginia worked for the Internal Revenue Service as a data processing manager for over 20 years until her eventual retirement in 1989. Virginia was an incredibly active member in her community and her children’s schools throughout their education. She volunteered on the Parent Teacher Administration and served as president for multiple years. Shortly before the Long family moved from Long Island, New York to Kansas City, Missouri in 1968 the school board named an elementary school after Virginia, Long Archers Elementary.

Virginia and Jack loved to go dancing together in the early years of their marriage. Later in life Virginia enjoyed cooking, playing Bridge and other card games with friends, and golfing. After her retirement Virginia remained an  active member of her community and home owners association putting together parties and events.

Virginia is survived by her daughters Pam, Nina, Cynthia: sons Gregory and Lamont; eleven grandchildren, seven great grandchildren, and numerous nieces and nephews. Virginia was preceded in death by her parents, brothers Donald and Paul, and her husband of over 70 years, Jack.