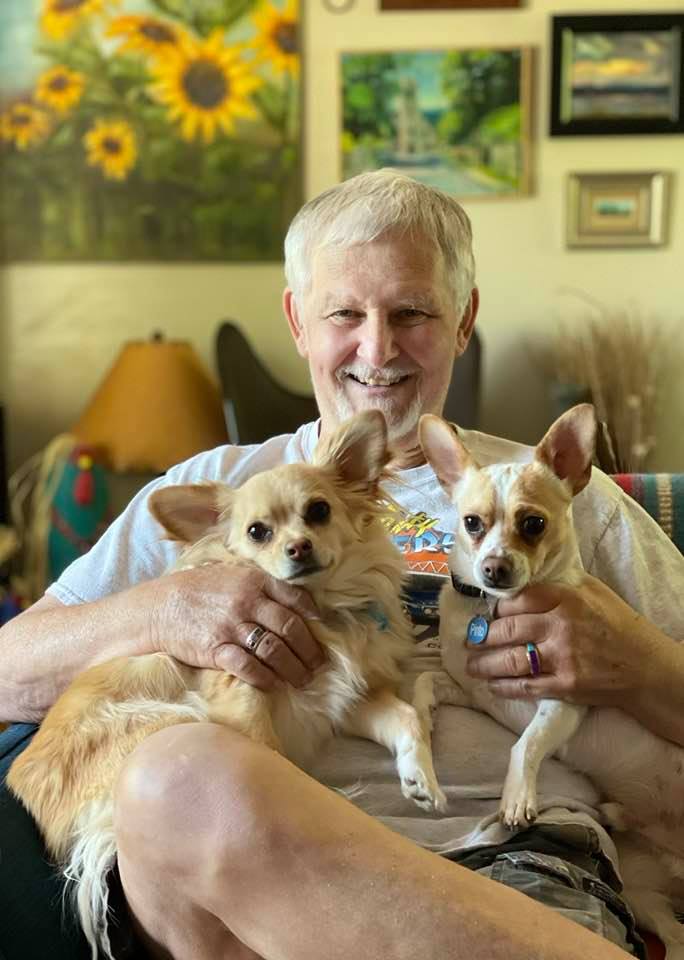 W. Ray Wolf, 72, passed away at University Hospital in Columbia, Missouri on the morning of Saturday, January 29, 2022. It doesn’t seem right to say that Ray lost his battle with cancer because it is hard to imagine someone fighting against it harder than he did.

Ray grew up in Mission, Kansas, the only son of two Kansas City police officers. He was a self-taught artist who followed his own vision, helped found the Westport Art Festival in Kansas City, and made his living by working as the Art Director for Kansas City Power and Light and as a designer for Hallmark, Inc. He also worked at Raton Arts and Humanities in Raton, New Mexico and the Sangre de Cristo Arts Center in Pueblo, Colorado. He had just as much passion, however, for his second job at Home Depot/Lowes where he helped people find the right paint color for their house or a weekend shed project. He really didn’t know any strangers.

So will Naughty Nancy, a 1931 Ford Model A Coupe he restored in Pueblo, Colorado, and Big Nose Kate, a 1947 Ford Sedan he adopted in Jefferson City, Missouri. In the last years of his life, he spent his weekends showing them both off, winning a few awards in the process, and—in typical fashion—making even more friends who will miss him.