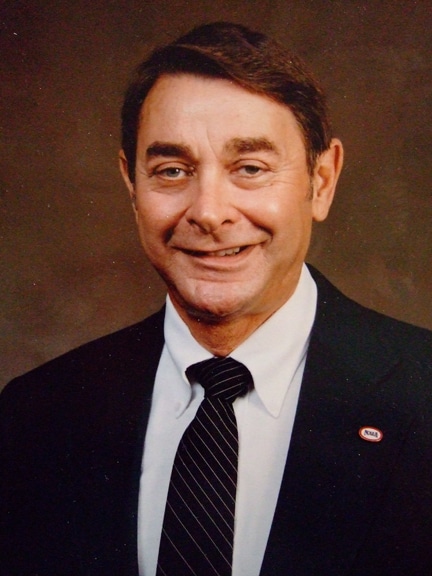 Wallace “Wally” Schwartz, 78, Kansas City, Missouri passed away January 7, 2012 at St. Luke’s Hospital following a stroke. Veterans services will be held 1:00 PM, Friday, January 13, 2012 at the Missouri Veterans Cemetery in Higginsville, Missouri.Wally began his career as a school teacher and coach in the Kansas City, Kansas school district and worked in school administration before leaving after 12 years to take a position with the National Association of Intercollegiate Athletics (NAIA). Wally was inducted into the NAIA Hall of Fame in 1990. He retired in 1995 after 27 years of service to academics and athletics. In 2001, the NAIA initiated the Wally Schwartz Award to recognize a Faculty Athletics Representative who exemplifies the loyalty, enthusiasm and honesty Wally displayed during and beyond his time at the NAIA.  Wally was preceded in death by his father, mother and brothers, Joseph and Marvin. He is survived by; wife of 58 years, Betty; daughter, Dr. Belinda Ireland (Kim); son, Martin (May); five grandchildren; one great-grandchild; two step-grandchildren; and his sister, Janis Klein.  In lieu of flowers, the family requests contributions be made to the NAIA’s Champions of Character Foundation (www.championsofcharacter.org). (arr. Heartland Cremation & Burial Society, 816-313-1677)