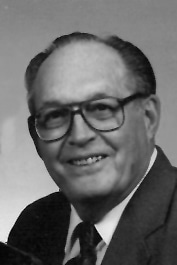 William Dean Anderson, age 81, of Arnold, MO passed away on May 11, 2011at St. Anthony’s Medical Center in St. Louis.   He was born in McGregor, Colorado on April 12, 1930, the youngest of six children born to Edward and Jessie Anderson.  He was preceded in death by his parents and sisters, Norma, Selma and Irene. He grew up in Fort Dodge, Iowa and graduated from Fort Dodge Senior High.  He attended Fort Dodge Junior College and St. Olaf College in Minnesota before graduating from the University of Iowa in 1952 with a degree in business.  After graduation, he served in the U.S. Army until 1954, leaving as a sergeant. He married JoAnne Voss, also of Fort Dodge, in 1953 and they had 3 children.  They divorced in 1978.

Working in business throughout his life, Mr. Anderson was employed by International Harvester and Skelly Oil Company.  He owned and operated an oil business in Columbia for many years and was an active member of the Cosmopolitan Club.  Later, he worked in the building business.  An avid reader and gardener, he also enjoyed oil painting and had a beautiful tenor voice that graced many a church choir.  Though Bill attended a Methodist church for several years, he was a staunch Lutheran at heart and a man of great faith. He was never without a dog or a cat, taking in several strays throughout his life.

William will be inurned in Fort Dodge, IA.  Memorials in honor of William’s life and his love for dogs and cats can be sent to Happy Tails Animal Sanctuary, 3818 Blue Cedar Lane, Columbia, MO, 65203 or on-line at www.htsanctuary.com.