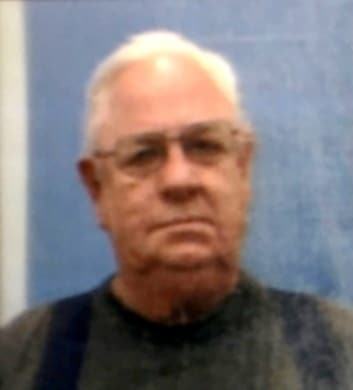 William Eugene (Gene) Dickey, age 77, of Columbia, Missouri, passed away on February 21, 2021 at Harry S Truman Memorial Veterans’ Hospital in Columbia, Missouri. Gene, as he was affectionately known, was born March 30, 1943 in Windsor, Missouri to Elton and Emmogene (Cochran) Dickey.

He was in the Navy from 1961 to 1969 serving in the Vietnam war. He was on the USS Lester, USS Shangri-La, a submarine, then went to electrician school and worked on generators.

He enjoyed any activity on the water, especially boating, water skiing and fishing. He loved coaching and was involved in Cub Scouts and was previously a Boy Scout.

Gene was proud to be a member of the Knights of Columbus at St. Thomas Moore Newman Center in Columbia.

Gene is preceded in death by his parents. He is survived by his wife, Marlene, of the home; Stephen & Jennifer Dickey and their children Derek and Nicole, Dennis & Brandy Dickey and son Austin Dickey, Kimberly Olsen and her daughters Haley Smith and Katelynn Smith as well as Katelynn’s son Jaeden Cooper, David Dickey and many other beloved family members and friends.

A funeral Mass will be held at St. Thomas Moore Newman Center, 602 Turner Ave., Columbia, Missouri 65201 at 10:00 a.m. on Friday, February 26th, with Fr. Dan Merz officiating. Masks are required for all attendees over the age of 10.

For those unable to attend, the Mass will be livestreamed via Facebook here: https://www.comonewman.org/view-newmans-livestream-mass/

The livestream will begin 15 minutes prior to the Mass time, and the video will be available to view at the same link after the Mass is over. You can view the livestream even if you do not have access to Facebook.

In lieu of flowers, the family requests donations to the Wounded Warrior Project or any veteran’s organization of the donor’s choice.