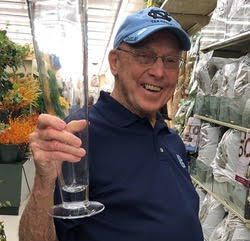 William Herbert Killen, 81, of Fulton, Mo., passed away peacefully at his home in the care of those who loved him on Tuesday, Dec. 20, 2022.

William enjoyed a distinguished career as both a soccer player and coach for more than 50 years. As a player, he helped direct West Chester to an NCAA national championship in 1961 and was named the tournament’s most valuable player. He was also named an All-American in 1962. He earned a spot on Team USA for the 1962 Pan Am Games and was selected as an alternate for the 1964 Olympic Team.

William went on to coach at the collegiate level for 44 years, including tenures at UNC-Chapel Hill, CCNY, Orange County (N.Y.) Community College, Hartwick (N.Y.) College, University of Akron, Yale University, Old Dominion and MacMurray (Ill.) College. He logged more than 200 wins at MacMurray and led the school to three NCAA Division III Tournament appearances. He was named the 1990 SLIAC coach of the year, the 1991 NSCAA Midwest Region coach of the year and earned the 1997 Walt Chyzowych Award, given to an individual for lifetime achievement and dedication to advancing the game of soccer.

William’s role as a coach, father figure and mentor left a lasting impact on his many players and students over the years.

He was preceded in death by one granddaughter, Meagan McVey, and three siblings, Robert Killen, Doreen (Killen) Mawson and Charles Killen.

William was cremated and the family held a private celebration of life.

In lieu of flowers, donations may be made in William Killen’s name to either St. Jude’s Children’s Hospital or the charity of the donor’s choice.