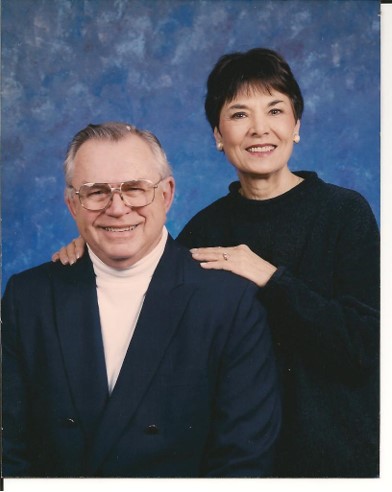 William “Bill” Jerome Donnelly resident of Lenexa KS passed through the pearly gates of heaven surrounded by his children Joan (Ron) Mary (Kevin) Bill and Mike. First baby of the new year born in 1929 in Kansas City, MO. Only son of Myrtle and William Donnelly. Bill enlisted in the US Navy and spent time as a naval aviation cadet during the Korean War. After discharging, he married Joan LoScalzo and was happily married for 67 years and she proceeded him in death.
The couples love was responsible for 5 children, 9 grandchildren and 9 great grand children.
He was proceeded in death by his mom and dad, wife Joan, sister Patricia, daughter Elizabeth and grandson Jason.
The family invites you to celebrate his life at 9:30 am with a funeral mass at 10:30 on Friday February 8, 2019 at Holy Trinity Catholic Church, 13615 W. 92nd Street, Lenexa, KS 66215.
In lieu of flowers, memorials may be made to: Sister Servants of Mary, 800 N. 18th St, Kansas City KS 66102.