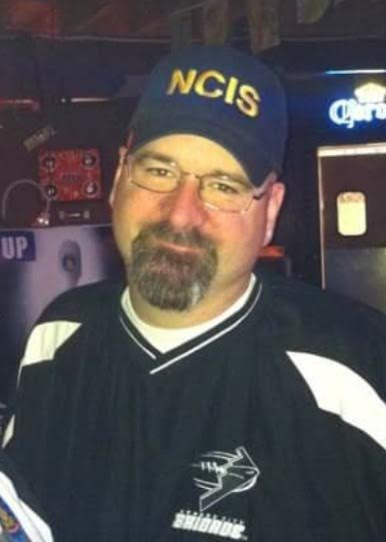 William Mark Palmer, 50, of Kansas City, Missouri passed away on March 28, 2018 at North Kansas City Hospital from heart failure.  Services will be held at Kansas City Regional Training Academy in the Auditorium on Saturday, April 7, 2018 from 4-6pm.
Mr. Palmer was born July 22, 1967 in Kansas City, MO. William graduated from Hickman Mills High School in 1985. During his high school years he loved wrestling and being on the football team. He was involved with DeMolay in his youth and earned Legion of Honor status. He started with the Kansas City, Missouri Police Department in October 1985 and proudly served for over 30 years. He loved his time with his fellow brothers and often referred to the department as “The Zoo.” He enjoyed fishing, sports and growing hot peppers. Bill always put his family first and strove to be the best dad and husband he could be.
William is preceded in death by his mother Marilyn Palmer.
Survivors include wife Kathleen, daughters Ashley and Madalynn Palmer, and father Mark Palmer all of Kansas City, Missouri, and sister LeaAnn Palmer of Phoenix AZ.

Memorial contributions are suggest to the TS Alliance.