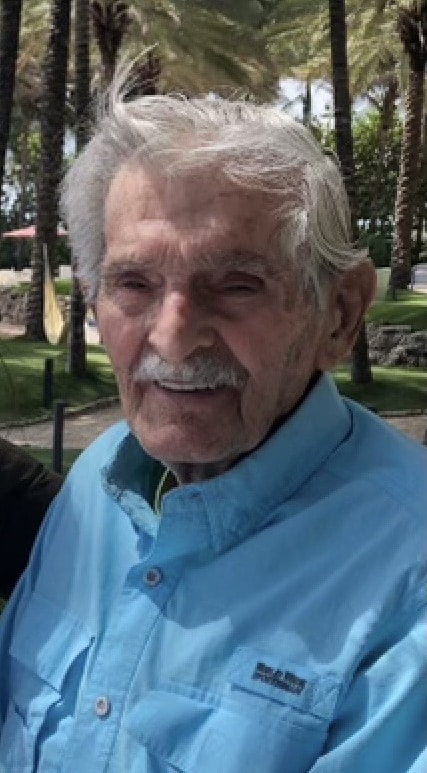 Bob Hall was born October 20th, in Kansas City, Missouri, to Clarence and Edith Hall. As a boy, his father introduced him to the outdoors which sparked a lifetime passion for hunting and fishing. This “lefty” pitched 3-2 baseball; he also loved golf and caddied for many years. On November 4th, 1949, at age 18, Bob joined the Air-Force; he spent the next 32 years of his life in service. He traveled and saw much of the world during that time while stationed in England, Chicago, Idaho and finally Missouri. As a United States veteran and patriot, Bob’s fierce faith in his country was only rivaled by his faith in God.

In 1951, Bobby married the “love of his life”, Luella Marie, after only a 30 day romance that would span the next 62 years. During that time, Bob & Lou raised 5 boys; Rob, Steve, David, Kevin and Dan. In 1972, Bob and Lou purchased a 267 acre farm in Archie, Missouri, where they would farm row crops, raise cattle and enjoy country life with their 5 boys for the next 23 years.

In 1995, retirement would call Bob & Lou to Pomme de Terre, where they began their “lake life.” They enjoyed the next 17 years on the water fishing and cruising the lake on their pontoon. These years were cherished alongside their children, grandchildren and their closest friends. In 2012, after 62 years of marriage, Bob would suffer his greatest wound, the loss of his beloved, Luella.

In 2012 Bob moved to Cleveland, Missouri, where he would spend the final 10 years of his life living with his first born son, Rob. During this time, he enjoyed spending time with those closest to him, building his fishing tackle collection and antiquing, frequently traveling to visit family members and enjoying vacations with his loved ones. Bob was determined to continue to live life to the fullest. In 2022 he traveled to Minnesota twice, once for a fishing trip and another time to accompany his son Rob to a car show. In August of this year, he spent a week with his family in Fort Lauderdale, Florida. Throughout this time, Bob remained a strong pillar within his family, holding his faith closer to his heart than ever, he believed his remaining purpose was to be with those he loved and to be there to support those he loved the most.

On October 28th, 2022, as if by divine intervention, Bob passed on to surprise his beloved wife Louella Marie, on her Birthday. Bob is remembered as a loving father to many. We do our best to let go of his genuine soul with a warm smile, as we know he has ascended to his greatest love. He will truly be missed by all who knew him.

P.S. Fond memories of Bob include boat racing, traveling across the country to car and gun shows, many family trips and holiday dinners to name just a few. Bob celebrated his 91st birthday on October 20th, 2022.

In lieu of flowers, donations may be made to the Veterans Community Project, 8900 Troost Ave, Kansas City, MO 64131.